What strategy and design can learn from one of modern design's most iconic partnerships. 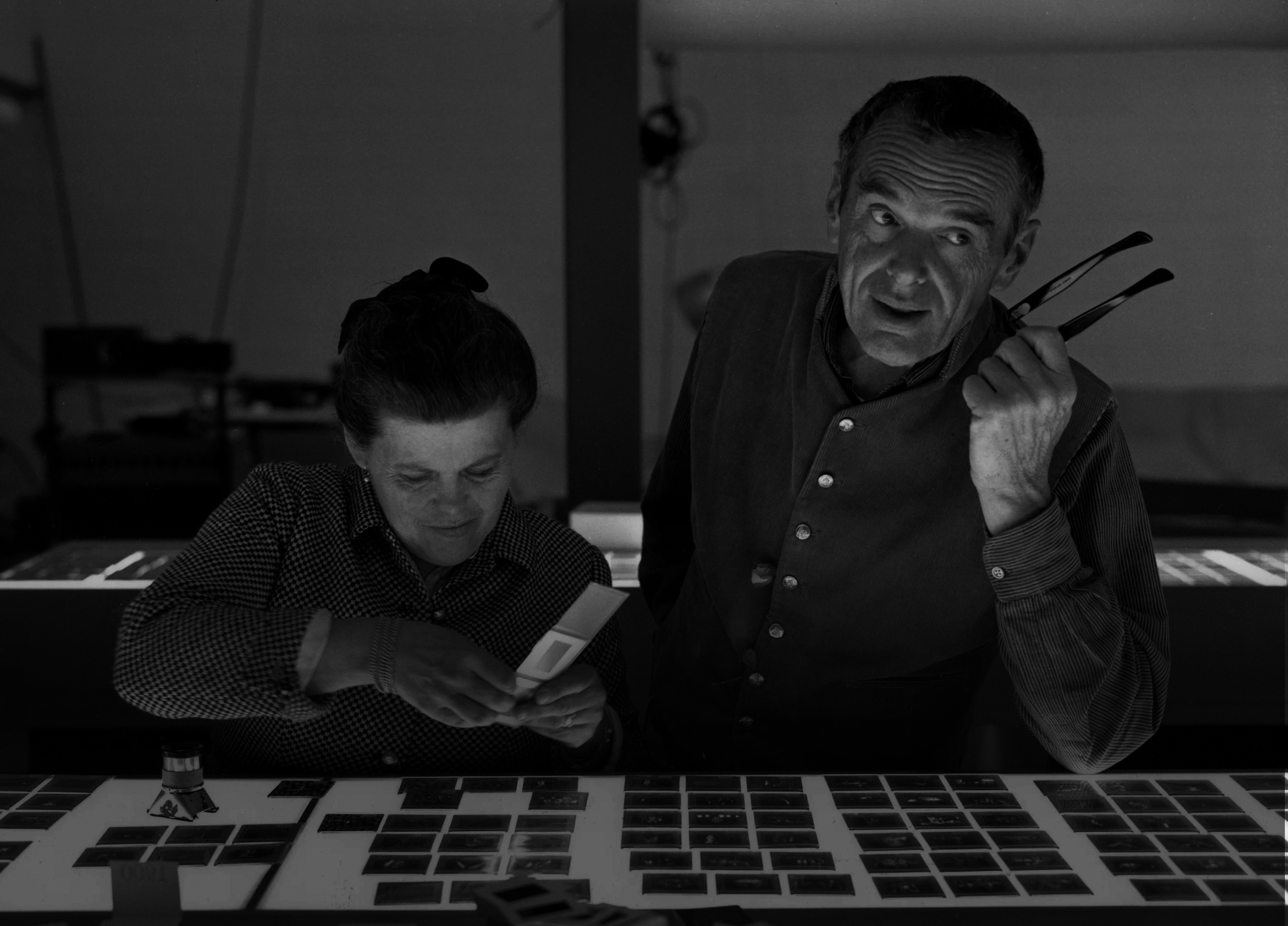 Insights
7 mins
Charles and Ray Eames, husband and wife partnership, were powerhouses of modern design and architecture, producing iconic pieces such as the Eames lounge chair and Eames dining chair. The couple were polymathic in their interests, creating films, designing buildings, prolific photographers and designers.
Thank you! Check your email for the download link.
Oops! Something went wrong while submitting the form.

Charles and Ray Eames, husband and wife partnership, were powerhouses of modern design and architecture, producing iconic pieces such as the Eames lounge chair and Eames dining chair. The couple were polymathic in their interests, creating films, designing buildings, prolific photographers and designers.

Wandering down an internet rabbithole recently we discovered This short video clip which features Charles responding to questions. It’s striking to us how much in common there is between the way he thinks as a designer, and how the discipline of strategy functions.

There are nuances between the two disciplines, and pushed to extremes or specialisms they of course look quite different, but at their essence, at the foundational building block level of what the strategist and the designer are doing, there is much in common.

Listen to some of what Charles has to say:‍

“What is your definition of design Monsieur Eames?”

“One could describe design as a plan for arranging elements for a particular purpose.”

If you swap “design” for “strategy” you would have a reasonable definition. Perhaps strategy is a little more linear? We’re progressing towards a goal, the outcome of the strategy should be a change in fortunes, a shift in behaviour and so on. We’re concerned with generating a change in the world. The Eames philosophy has much more of a rounded and (sorry for this) holistic feel to it. It’s concerned with the whole and doesn’t have the one-thing-after-the-other progression that much strategy does.

“What are the boundaries of design?

What are the boundaries of problems?”‍

Strategy starts with the problem. The only reason you need a strategy is there’s a problem to be solved. You can get surprising (dare we say great), strategy when new ways of thinking about problems are found. From the world of advertising the clever tagline “try something new today”  Sainsbury’s supermarket tagline came from a client brief asking for a hundred million pounds increase in sales. At the time a seemingly impossible task. Until someone had the bright idea to divide the number of store transactions by the total sum,, rendering a much smaller number - you only needed each customer to buy one more thing than usual. An impossible task rendered possible by a thoughtful consideration of the boundaries of the problem.

“Is design a method of general expression?

No, it is a method of action.”‍

And here the Bayesian lines between strategy and design draw closer and closer. Any good strategy contains a prescription for action. Steve Jobs rescued Apple by famously returning and killing every product that they made bar one - the iMac. Singular focus with a clear prescription of action - that’s strategy.  As with design, a purposeful act that places something new in the world.

“Is design the work of an individual?

As Newton said, “If I have seen further it is because I have stood on the shoulders of giants”. This makes a broader point that disciplines like strategy and design do not exist in a vacuum, they’re both situated within a context. Understanding the socio-cultural, commercial and organisational contexts within which your work either as a designer or as a strategist sits, is a topic for another piece, but something both disciplines must engage with.

And this is where I see so much overlap between the designers mindset and the strategists methodology, if you will. Strategy is constrained by the environment and context, what is happening around us. What are competitors doing, how are user behaviours and expectations changing? What are the resources at our disposal and how might we marshal them? All of these constraints exist in design too. Constraints imposed by materials and physics, constraints of users and their particular needs, commercial constraints of time and money and so on.
‍

So what do you think? Is there a conversation worth having about the relationship, reflections and reverberations between strategy and design? We’re inspired by the relationship between the two and believe that an understanding of how they can mesh together to produce great work will only get more important as the boundaries of the problems, and the complexity within those boundaries (climate change, bio-engineering, evolving with artificial intelligence life), increases.

How we think about and make experience visions.

How to Design Awesome Workshops

A complete masterclass on how to create workshops that really work.

Stay up to date with us
Thank you, your submission has been received
Oops! Something went wrong while submitting the form. Please try again.